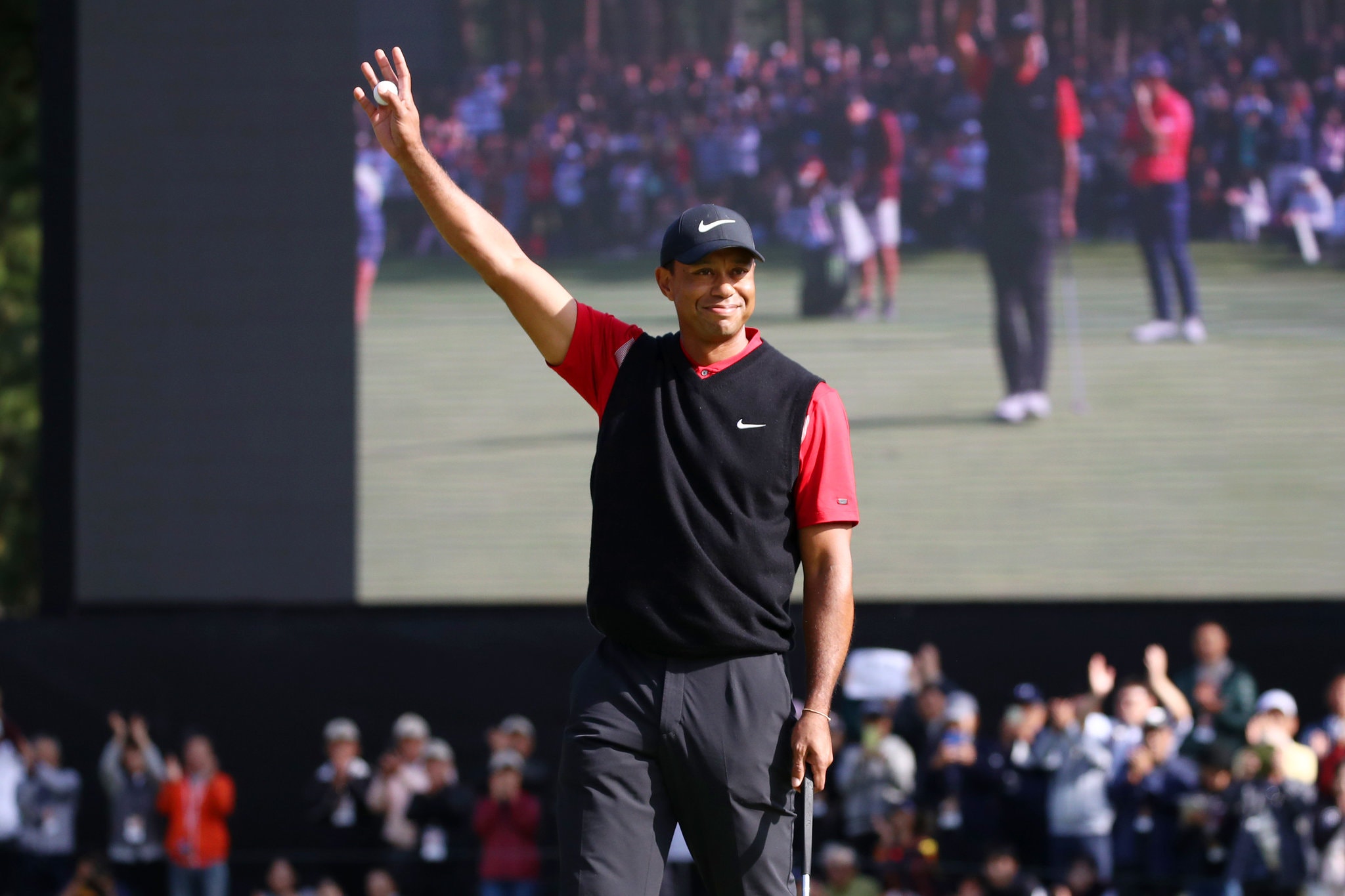 Big surprise: Tiger Woods’ 10-year-old son, Charlie, plays golf. And even now, his swing is on track to be every bit as good as the old man’s.

Need proof? Look no further than this video from the Golf Channel’s Ryan Lavner, which has half of Golfing America salivating with envy. Who wouldn’t give a sizable chunk of one’s possessions to swing a golf club like that?

Or how about having Tiger on your kid’s bag?

Now we know what the world’s greatest player has been doing in his down time.

When he’s not coming back from four spinal surgeries, working his way back into the World Golf Rankings Top 10, leading a Presidents Cup team to victory and, oh yeah, racking up a 15th major, that is.

Tiger was on Charlie’s bag Jan. 11-12, coaching the lad to a smooth second place finish in a 16-person junior event near their South Florida home, nine holes each of two days. The kid shot even par on day two, and finished SECOND.

No word on who beat him, but suffice it to say that this will give Pops (which is what young Eldrick called his dad, Earl, back in the day, so why not Charlie?) plenty of fuel to fire up his boy for the next outing.

Because, we know how much second place sucks, especially if your first name is Tiger and your last name is Woods.

And don’t be surprised to see a huge swell in youth golf program enrollment, based on this little viral video alone. No doubt a few thousand grandparents out there are socking away some shekels for their own future Tiger Woods as we speak.

But what about the man himself? Starting at Torrey Pines Jan. 23-26 and again at Riviera Feb. 13-16, we’ll see what kind of shape Caddy Daddy’s game is in, nearly two months removed from his impressive outing as player-captain over the first couple days of the Presidents Cup, and quite a few months since his last full-field event.

Torrey will be particularly interesting, as it was, of course, the site for Tiger’s epochal U.S. Open win in 2008, and also where his first comeback hit a wall several years ago thanks to misfiring glutes and a dismal short game.

But that’s ancient history. Now that Dad has a new source of inspiration living under the same roof – and clearly carrying the right genes for his own brand of championship golf someday – there’s no doubt that he’ll show up ready to show both his kids, and the rest of the world, how it’s done, son.